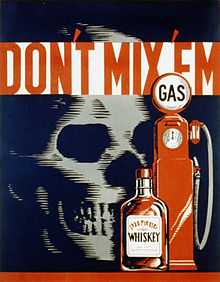 The Colorado felony DUI law makes a fourth DUI conviction a class 4 felony (carrying a possible prison sentence of 2 – 6 years), or upon a third such conviction, if the violation occurred within seven years of two prior convictions and if certain aggravating circumstances applied: damage or injury, a blood alcohol content of 0.15 or more, if the defendant fled the scene, or if a child was in the car at the time of the offense.  Prior to this year’s enactment of the Colorado felony DUI law, Colorado was one of a small number of states that had no repeat offender law elevating the crime of DUI to felony status for a person with multiple DUI offenses (assuming there was no injury in the commission of the crime).  The law is expected to go into effect on August 5, 2015.

(1) (a) A person who drives a motor vehicle or vehicle under the influence of alcohol or one or more drugs, or a combination of both alcohol and one or more drugs, commits driving under the influence. Driving under the influence is a misdemeanor, but it is a class 4 felony if the violation occurred after three or more prior convictions, arising out of separate and distinct criminal episodes, for DUI, DUI per se, or DWAI; vehicular homicide, as described in section 18-3-106 (1) (b), C.R.S.; vehicular assault, as described in section 18-3-205 (1) (b), C.R.S.; or any combination thereof.

(b) A person who drives a motor vehicle or vehicle while impaired by alcohol or by one or more drugs, or by a combination of alcohol and one or more drugs commits driving while ability impaired. Driving while ability impaired is a misdemeanor, but it is a class 4 felony if the violation occurred after three or more prior convictions, arising out of separate and distinct criminal episodes, for DUI, DUI per se, or DWAI; vehicular homicide, as described in section 18-3-106 (1) (b), C.R.S.; vehicular assault, as described in section 18-3-205 (1) (b), C.R.S.; or any combination thereof.

Based on the above, if a defendant has three prior qualifying convictions sustained at any point in his/her life, such would be sufficient to raise the fourth such offense to a class 4 felony, even if the current offense, and any or all of the prior offenses, are reduced charges of DWAI. Equally so, any prior out-of-state conviction for any of these qualifiers would also act as an enhancement. Simply put, all out-of-state DUIs will qualify as previous grounds for the felony provisions of the Colorado felony DUI law.

A class 4 felony conviction carries with it a presumptive prison sentence in the Department of Corrections for a period of 2 – 6 years, with 3 years of mandatory parole. The court also has the discretion to impose a fine between $2,000.00 and $500,000.00. The prison sentence can be increased or decreased at the judge’s discretion if certain aggravating or mitigating factors are present. The Colorado felony DUI law states:

Luckily, for a person accused of felony DUI, the punitive provisions of the law have lost some teeth. Well, unless an accused is unable to complete the treatment options given to him/her. The Colorado felony DUI law says:

(II) (A) Notwithstanding … before the imposition of any sentence to the Department of Corrections for a felony DUI, DUI per se, or DWAI offense, at sentencing or at resentencing after a revocation of probation or a community corrections sentence, the court shall consider all the factors described …

(B) If the court sentences the defendant to the department of corrections for a felony DUI, DUI per se, or DW AI offense, it must determine that incarceration is the most suitable option given the facts and circumstances of the case, including the defendant’s willingness to participate in treatment. Additionally, the court shall consider whether all other reasonable and appropriate sanctions and responses to the violation that are available to the court have been exhausted, do not appear likely to be successful if tried, or present an unacceptable risk to public safety.

No person accused of a crime should make an attempt to represent him or herself in a court proceeding. While a DUI might seems rather simple and harmless, the new Colorado felony DUI law packs quite a punch. Several factors, outside the scope of this article, could weigh in to whether one is seriously facing a felony DUI. Hiring a DUI or criminal lawyer to help you understand the Colorado felony DUI law can significantly increase one’s odds at obtaining a favorable resolution to his / her case. Issues exist to attack any prior DUI convictions one might have, as well as the presenting of mitigating circumstances to help achieve a plea bargain. Several sentencing options are also available under the new law.

The Contiguglia Law Firm, P.C. Bring us your problems, we’ll help you fix them.

This website uses cookies to improve your experience while you navigate through the website. Out of these cookies, the cookies that are categorized as necessary are stored on your browser as they are essential for the working of basic functionalities of the website. We also use third-party cookies that help us analyze and understand how you use this website. These cookies will be stored in your browser only with your consent. You also have the option to opt-out of these cookies. But opting out of some of these cookies may have an effect on your browsing experience.
Necessary Always Enabled
Necessary cookies are absolutely essential for the website to function properly. This category only includes cookies that ensures basic functionalities and security features of the website. These cookies do not store any personal information.
Non-necessary
Any cookies that may not be particularly necessary for the website to function and is used specifically to collect user personal data via analytics, ads, other embedded contents are termed as non-necessary cookies. It is mandatory to procure user consent prior to running these cookies on your website.
SAVE & ACCEPT